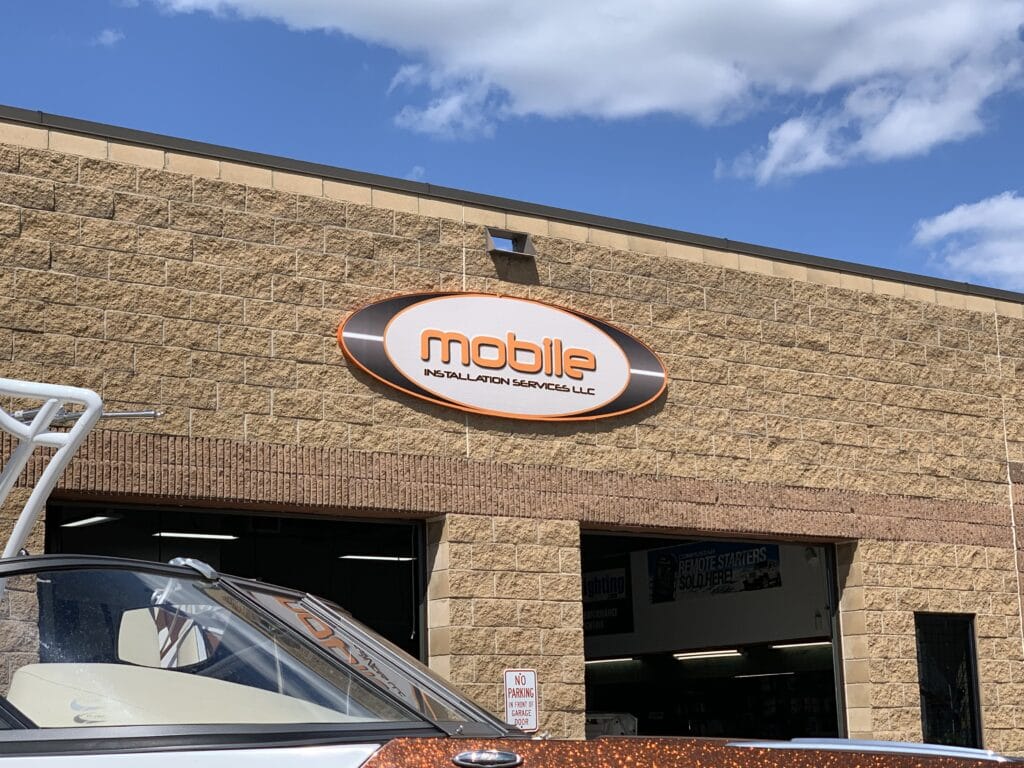 Jeff Moravec sat in his office among the 7,200 square-foot space that his company, Mobile Installation Service, calls home.

Though he and his ever-expanding staff have moved from a van to one shop and now their current digs since opening, the philosophy has remained the same: provide great service with great products.

“We have a weird, niche business, right: automotive accessories,” Moravec said. “You’d think that means people put in stereos, or they put in some tonneau covers. We do everything. We’ll do everything from leather interior, to truck accessories and lifts, wheels, tires … boats, all of this stuff is huge for us.”

Out in front of his Brooklyn Park shop is an ATV and two decked-out boats that his team was able to take a crack at. Along with that, vans and other cars sit outside the facility as a testament to the work they can do. 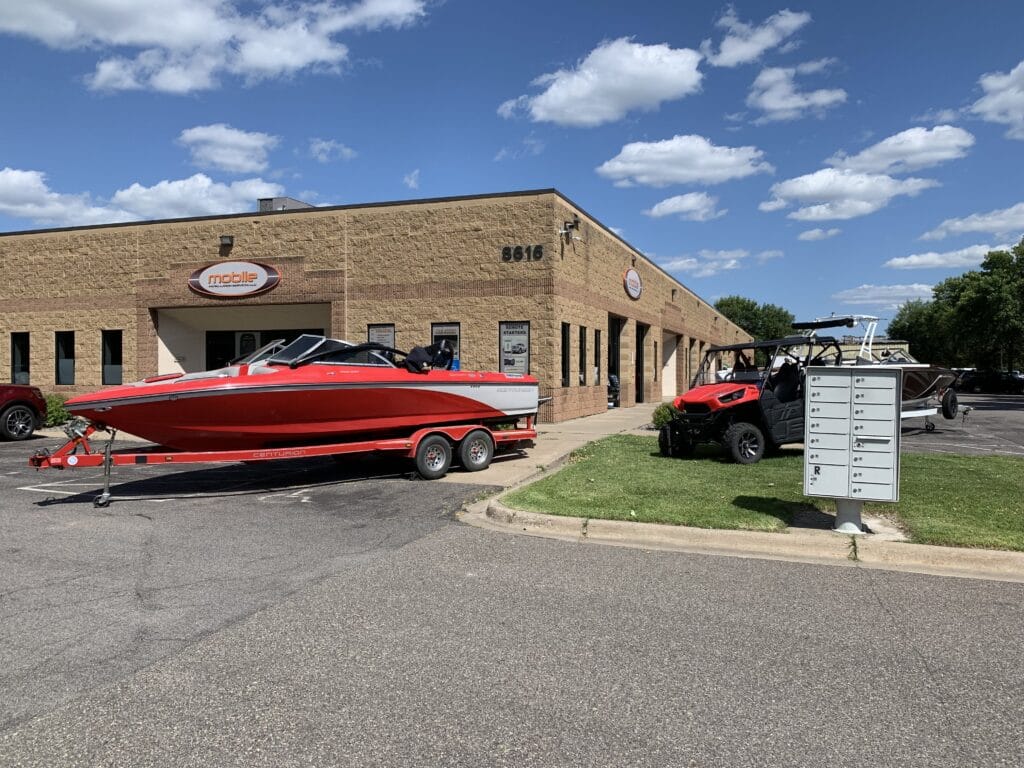 “We’ve gotten to diversify into all of those but it’s kind of cool because the guys that work here have been doing this for a long time,” Moravec said.

Moravec started this business by himself in 2009, and in 2019 has more than 20 years in the industry. The employee working at Mobile Install with the least experience has been in the industry at least 12 years, so inexperience is far from an issue at the shop.

Over time, Moravec said he has been blessed with his quality of employees since he started. Between margins being tight and the financial recession in 2008, he said that when some of the bigger stores decided to stop offering automotive accessory installation and other stores began to close, he was able to hire extremely well qualified people to work at Mobile Install. Adding the bevy of talent over the years has continually strengthened the business.

With that talent pool now working at Mobile Install, Moravec said the company is increasingly able to provide more and more services to their clients.

Moravec said this larger and talented group of employees has morphed the company from what used to be remote starts, heated seats and audio installation to a very expansive list of services for more than just cars. 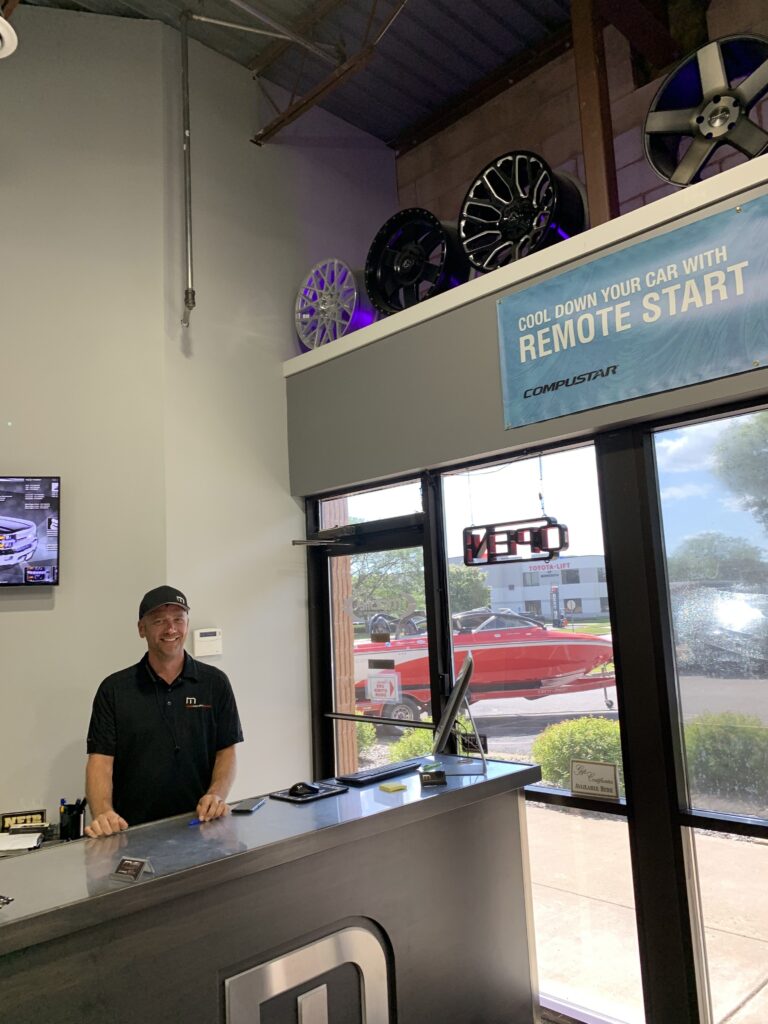 “I like to say that all the coolest things [we do] are yet to come,” Moravec said.

But when he had to determine one thing he thought was one of the coolest projects he has ever done, it was a green Harley Davidson Road King. All it had were saddlebags, and he was able to put a mammoth sound system into it that was booming to say the least.

“That thing produced so much sound, that it was probably louder than most any bike we built with an upper faring, the speakers in front of [the rider,]” Moravec said.

Beyond that, he said the company aims to say yes to as many projects as they think they can do well. He said sometimes the most fun projects can come from a new endeavor suggested by a customer. 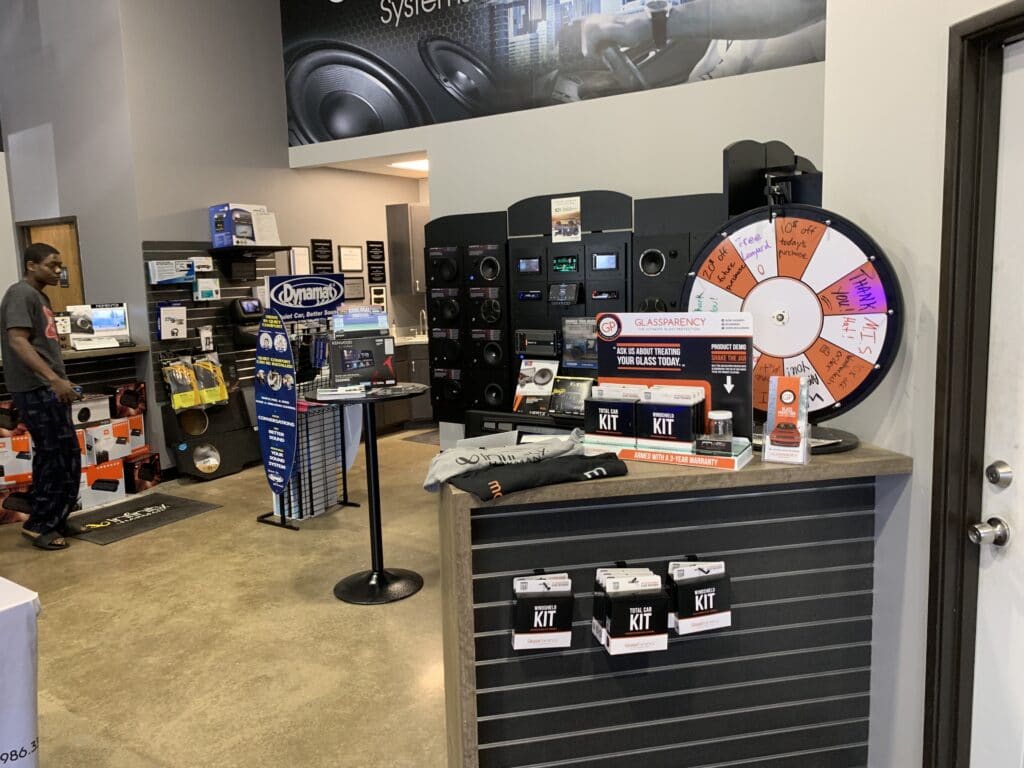 While his employee-base has grown and remained established, the industry hasn’t.

Moravec said with the advent of online ordering and the increasing popularity and dominance of Amazon, his business has changed to be even more competitive for clients than in the past. Rather than sit on the outside looking in when the industry changed, he was ready to take the bull by the horns and do whatever it took to keep his business running.

“Instead of whining, pouting and complaining about it and watching the train go by and going out of business, you have to market,” Moravec said. “You have to do fun, creative new ways to advertise and get customers in the door.

“The interaction we do get [from that ad] are the right people.”

That’s where Social Indoor comes in. Moravec realized that motorcycles still were a very popular option for Mobile Install. He wanted to find a way to get his ads in front of motorcyclists and Social Indoor had the plan ready to make that happen.

“We’re small enough where we get to make those decisions without it being a huge, corporate decision,” Moravec said.

That small-business attitude doesn’t end in decision-making, it starts with the customer and the services they are providing.

“We’re a service shop that happens to do car accessories,” Moravec said. “When you come in here and you spend money with us, we own your car, we own everything about it. When there’s a problem, we want the first crack at fixing it.

“Luckily for us, [problems don’t] come up that often, but when there is an issue, which, human beings and electronics combined are bound to have some issues, that’s when we really thrive, when we separate ourselves away.”