With two full size locations and one pop-up shop in the Twin Cities, Big Thrill Factory has a very clear directive.

Excel in providing quality entertainment options to people in the metro. The two men behind it all — Barry Zelickson and Darrel Blomberg — began all the way back in 2012 to meet their area’s entertainment needs. 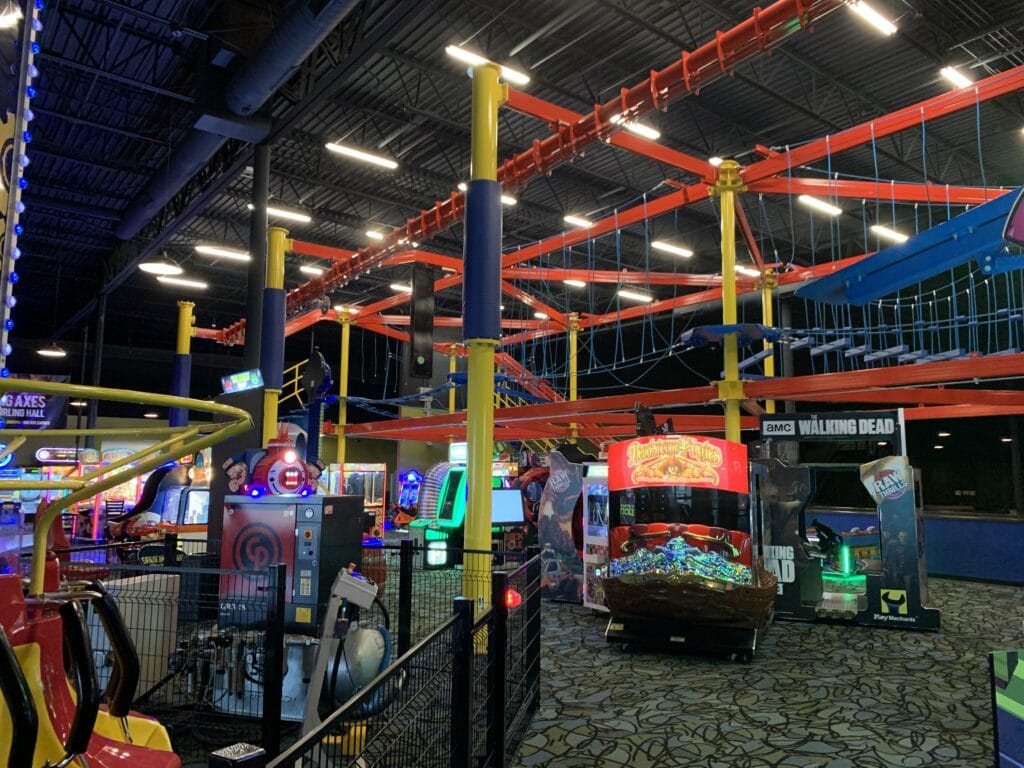 “Barry had been working on the concept, originally he was thinking about doing a mini-golf course,” Blomberg said. “Throughout his few years of investigation and development, he got connected with a consultant who helped him realize that the space and the entertainment segment was, perhaps, larger or more diverse.”

Eventually, the plan began to evolve from mini-golf to what encapsulates Big Thrill Factory today. After Zelickson had the idea, he invited Blomberg to lunch to get him on board with the idea, with the intention of bringing Blomberg on to operate this venture on a day-to-day basis. 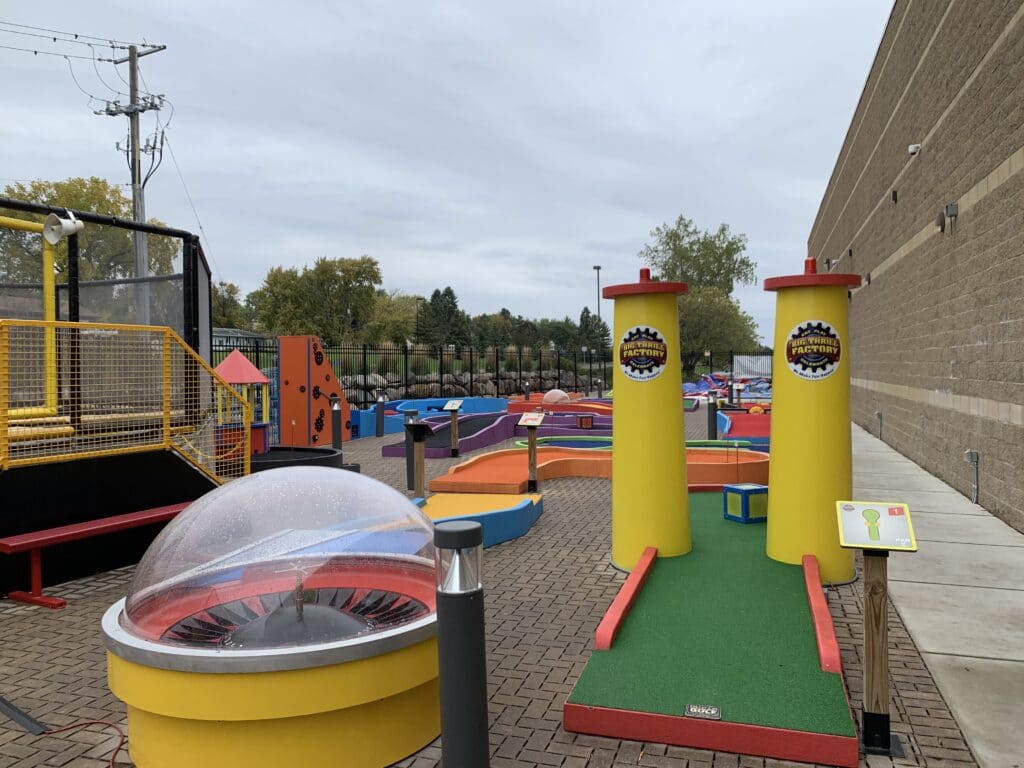 Blomberg said while Zelickson is the high-energy, fast-paced, visionary type of guy, it was a quick and exciting process to get from being on board with the project to the facility actually being open. He said Zelickson’s personality mixes well with his detail-oriented, operator mentality.

Although it was a year and a half from the time Blomberg got on board to the first location opening its doors, there was a lot of careful planning that went into the development of the ‘Big Thrill Factory Identity.’

“We did spend a lot of time developing the brand, before there was even a building,” Blomberg said. “Who are we? What do we want to look like? How do we want to behave as a corporate citizen? What sort of a culture do we develop? — That was a big part of that year and a half.”

Beyond culture and community standing, Big Thrill Factory differentiated itself and continues to differentiate itself with thinking through every piece to their elaborate puzzle. One thing that cannot be ignored, especially in the realm of entertainment facilities, is food. Blomberg said the process to develop the menu of the food service inside their locations took nine months before the first store opened. 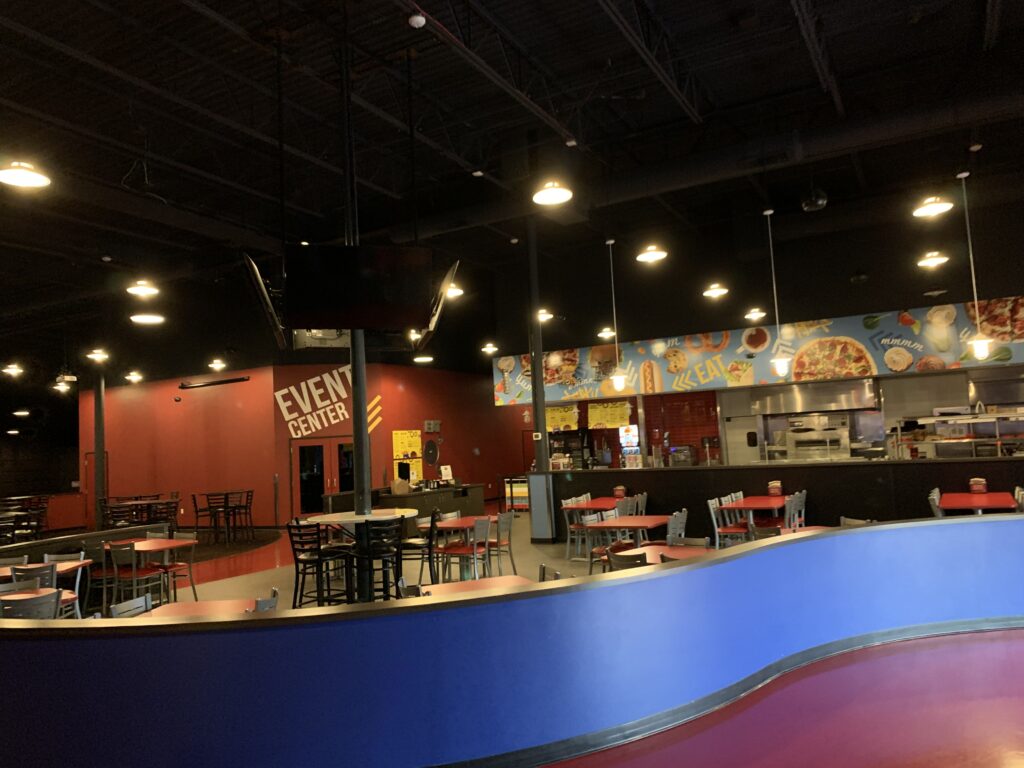 Once the first location opened in Minnetonka, the team analyzed what attractions to include. One thing that sets them apart from other venues, there is no cookie-cutter Big Thrill Factory template. Each location is crafted based on the perceived entertainment needs of the area, which they have gotten down handily in their first two locations. 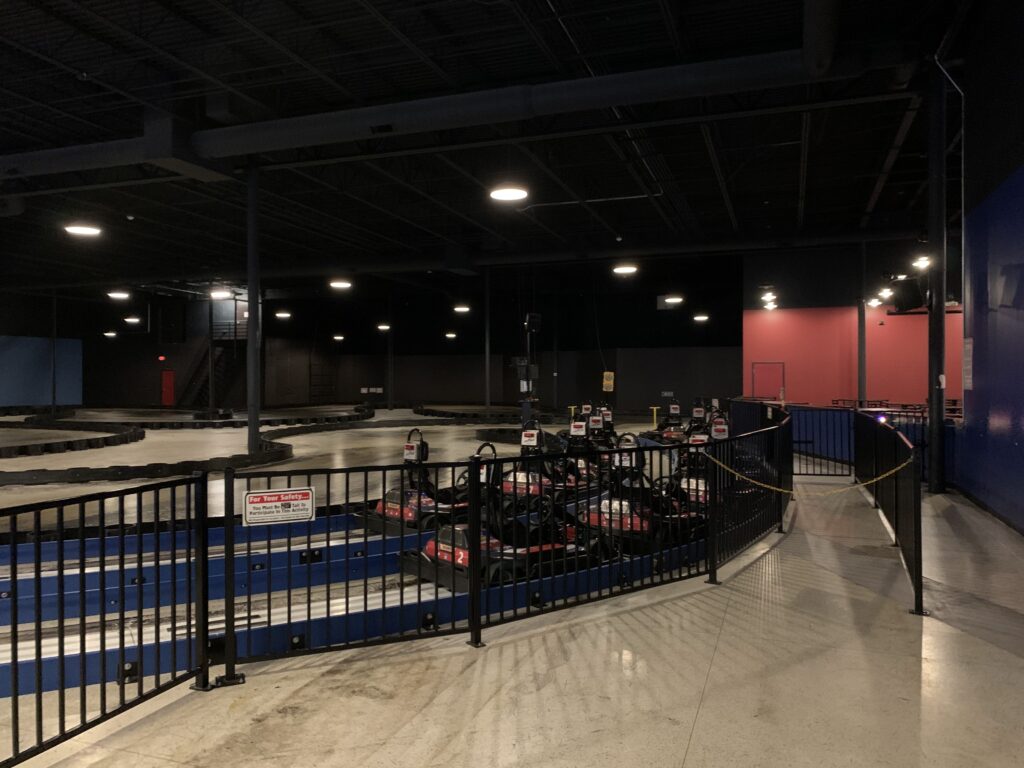 “Before we go into any city, we do a feasibility study,” Blomberg said. “We understand the demographics and make sure it fits us. … We also look at the local market competition. We evaluate, ‘Are they doing a good job? Where do we think we can carve out that space?'”

Blomberg pointed out at the time of this interview at their Oakdale location, a SkyZone trampoline venue is within blocks of the Big Thrill Factory. Blomberg said that they still have trampolines at Big Thrill Factory not because they believe SkyZone is doing a bad job at it, but that the experience had at each venue is entirely different.

Big Thrill Factory lives on the experimental and notion of trying a few different things out when it comes to the preferences of guests coming in the door.

“Nothing against the competition, but that might be just a piece of what somebody wants to do in their experience here,” Blomberg said.

The International Association of Amusement Parks and Attractions (IAAPA) is a world-wide association of amusement parks that also includes Family Entertainment Centers (FECs). Blomberg said that with only two locations, Big Thrill Factory won FEC of the World in 2017. 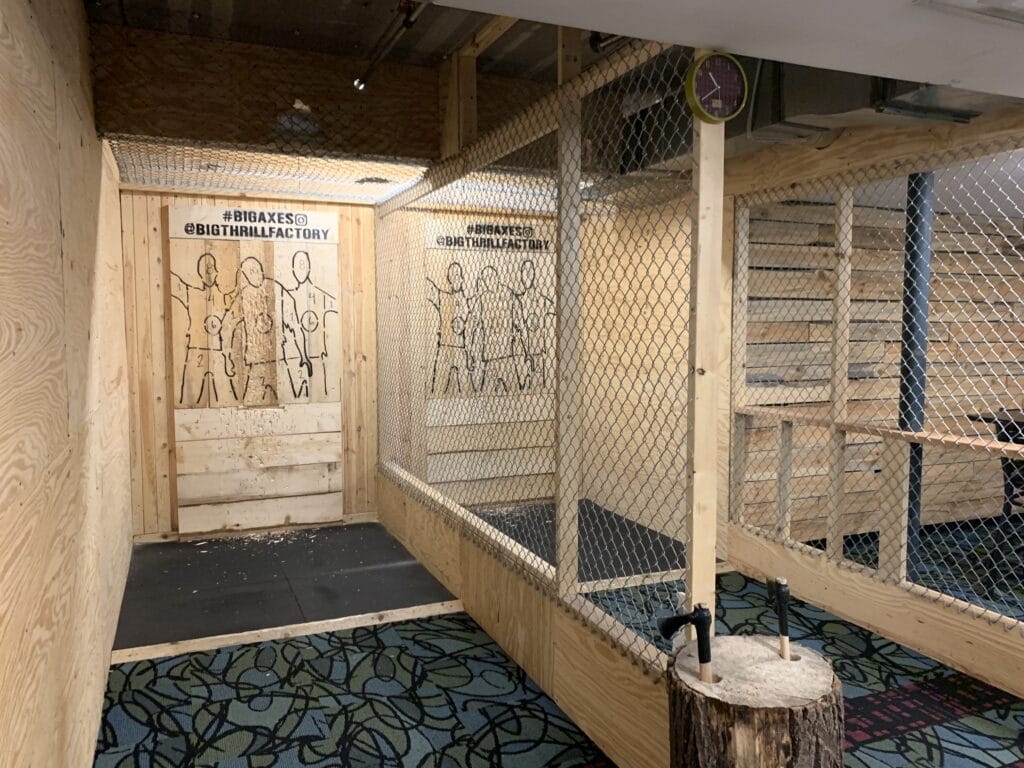 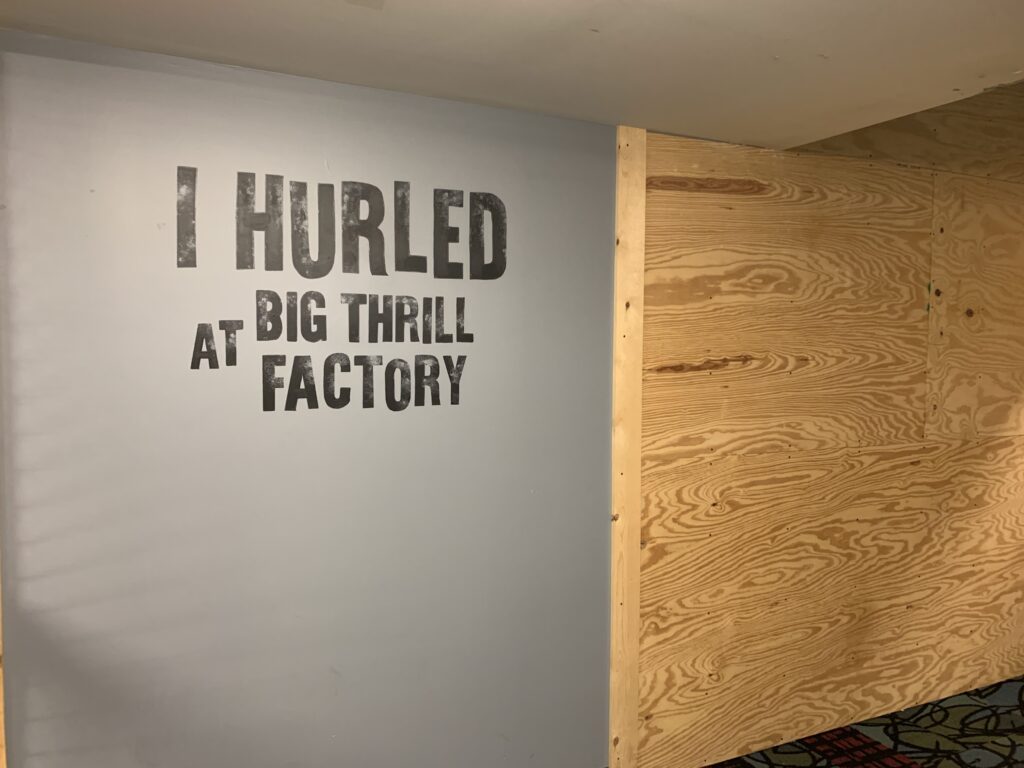 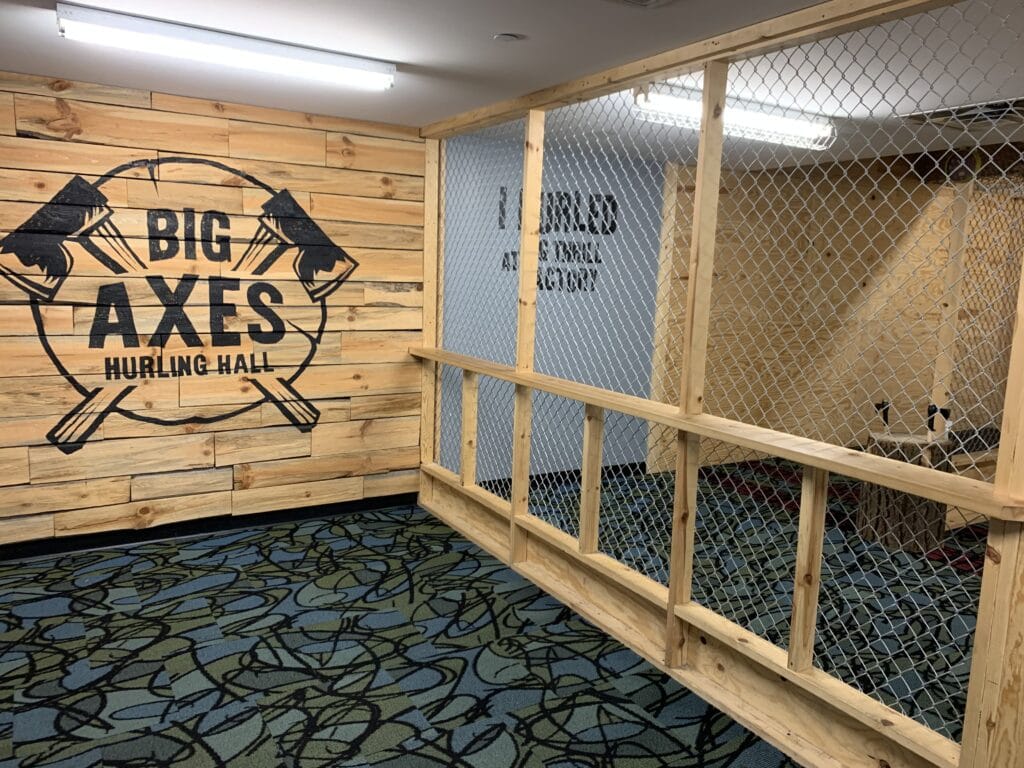 Again, they were the first FEC to offer an axe room two years ago. Now, the industry is following Big Thrill Factory’s lead and adding these everywhere.

Whether it comes to laser tag, axe throwing, mini-golf, go-karts or more, the diversity of entertainment options exists and flourishes at Big Thrill Factory. While the industry is traditionally considered to be geared towards kids, Blomberg said they frequently get traffic from corporate events and adults looking to have some fun as well.

In addition to those fixed entertainment options at Big Thrill Factory, they are recently introducing live entertainment shown in their event spaces. From musical acts to magic acts, they continue to look towards what people will think is worthwhile and new, exciting ways to have fun.

By qrbiiwlx-ca|October 21, 2019|Client News|Comments Off on Big Thrill Factory innovating and thriving in entertainment industry