Brandon Alshouse and his dad, Andrew Alshouse are industry innovators in the e-cig and e-liquid market. Their store, e-Cig Market started as just one shop in Brooklyn Park, but has since tripled with business booming since they opened.

Less than a decade into the venture, the mixture of growth and change has the duo looking at what might come to them next.

“It started about six years ago now,” Brandon said. “It was kind of me, I wanted to quit smoking. I was 19, I didn’t have enough money, so I convinced my mom to buy me an e-cig, and I successfully quit smoking with it.” 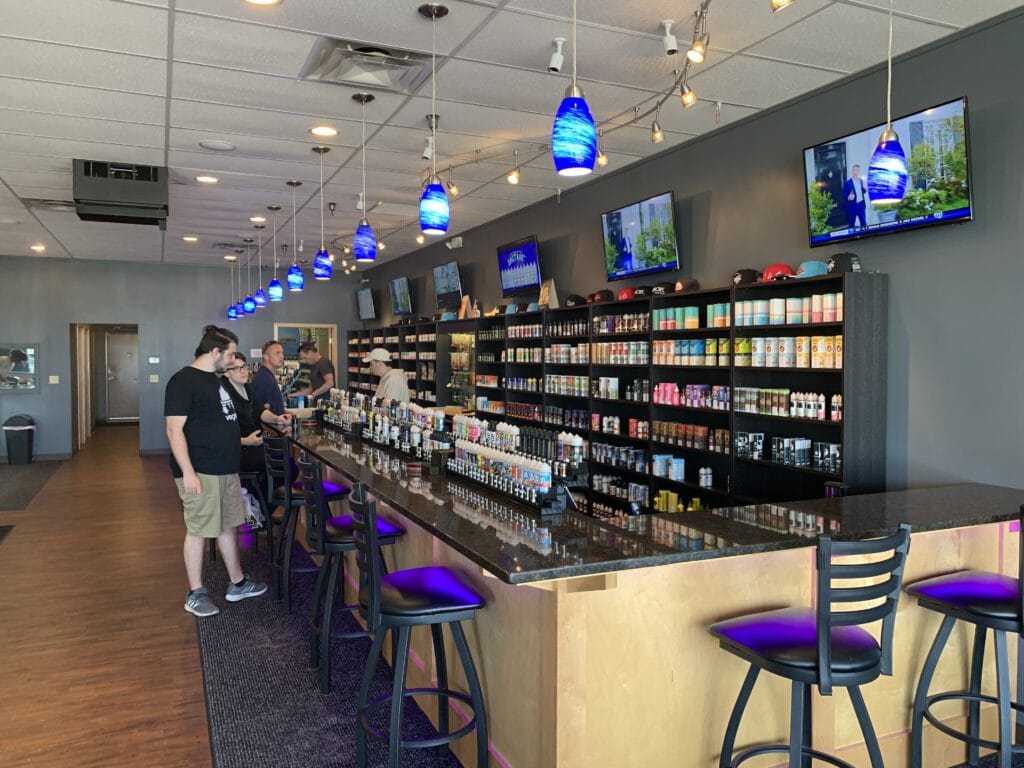 Some six months after that, when Brandon was thinking about what lied ahead for him, he noticed the excruciatingly long lines outside of vape shops, with some instances of himself waiting more than 30 minutes in a line outside of a shop just to buy some more e-juice.

He implored his parents to all go into business together with business plans he created and eventually they agreed.

“It couldn’t have been a worse time — in some ways,” Brandon said.

The initial plan was that Brandon was going to run the day-to-day operation and Andrew would help out here and there with his regular job. Since circumstances can always change, they did and the business got off to a roaring start.

The shop was so busy and there was much to do, Andrew realized he couldn’t work a full-time job and help keep the business going on, so he quit his full-time job and came to work with Brandon running the shop full-time.

For the next year after that, Brandon and Andrew didn’t pay themselves from e-Cig Market’s revenue. Once 2017 hit, though, the business was blessed with a boom in popularity that kept it running and much more.

The boom can be attributed to numerous things around the shop. A bar in their store, just like a bar that serves alcohol, to serve the vape products and try out new flavors was a major contributor. In part with that, the widespread availability of more and more brands of e-juice helped that boom even further. 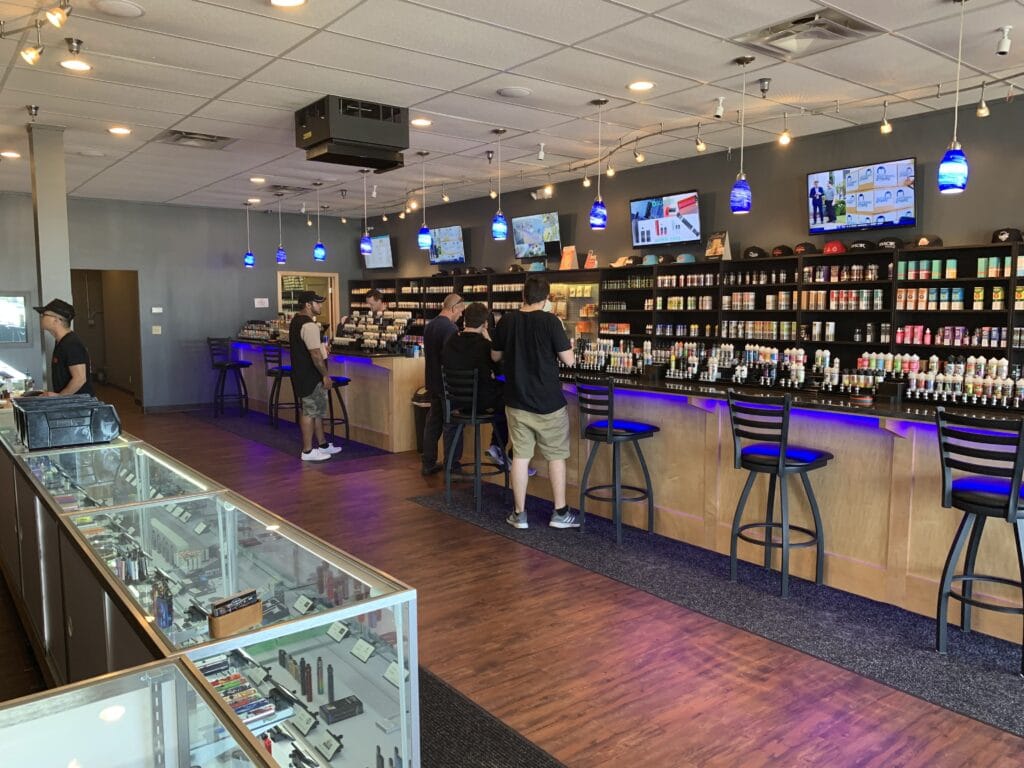 “Availability of just out of nowhere, outside brands,” Brandon said. “One distributor got like 50-60 brands all at once, allowing us to bring in a new line like every week.”

At the time, Andrew said most shops were mixing their own juice in-store, and they saw their industry moving away from that practice to selling products from larger manufacturers.

From that boom, they were able to open a second store in 2018. From Brooklyn Park, to one town over into Maple Grove. Brandon said that while the Maple Grove store is only less than 5 miles away from the original location, it didn’t affect business negatively.

Also, when they opened up their third and newest shop in Blaine, they are up against some more competition, which stems from loyalty. Brandon said that many people are loyal to their vape shop and that one only, not looking to try a new place. The brand new customers in the industry are looking for a place to be ‘their’ shop, but also, more casual customers coming from nearby businesses to give it a try.

One thing that, overall, sets e-Cig Market stores apart from other vape shops is the extensive bar in the store. 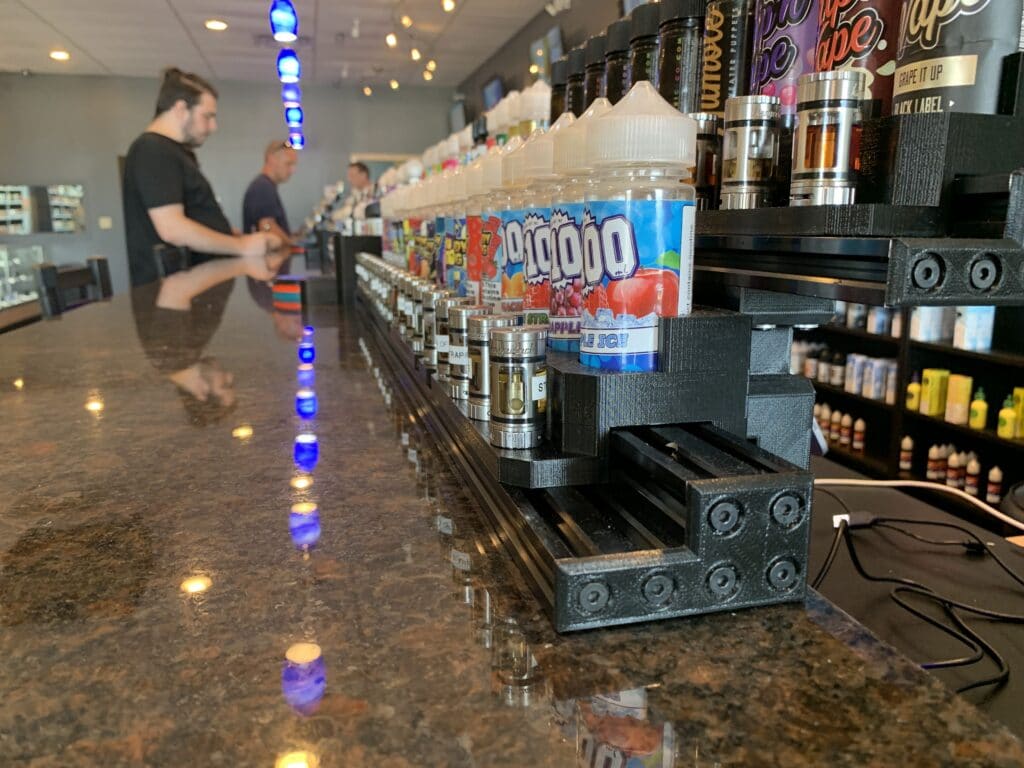 “Some have small testing bars that are maybe just the size of our end piece,” Brandon said. “They don’t have a fully-fledged bar for testing this stuff. People already have their shop, they’re not looking around, but once they come in, we’re retaining almost everyone that comes in and checks us out.”

Andrew said another thing that has set their shop apart is the constant rotation of products. While most stores mix and sell the same things on their own, e-Cig Market continually brings in new products and brands to be innovative and give customers more and more options.

When it comes to what Social Indoor does for e-Cig Market, Brandon said the targeting was the biggest point.

“The best thing for us is that it is really targeted for our industry,” Brandon said. “A lot of smokers go to bars, and a lot of people that drink [also] smoke and they also have to use the bathroom a lot because they drink. It’s kind of a perfect combo for our industry.” 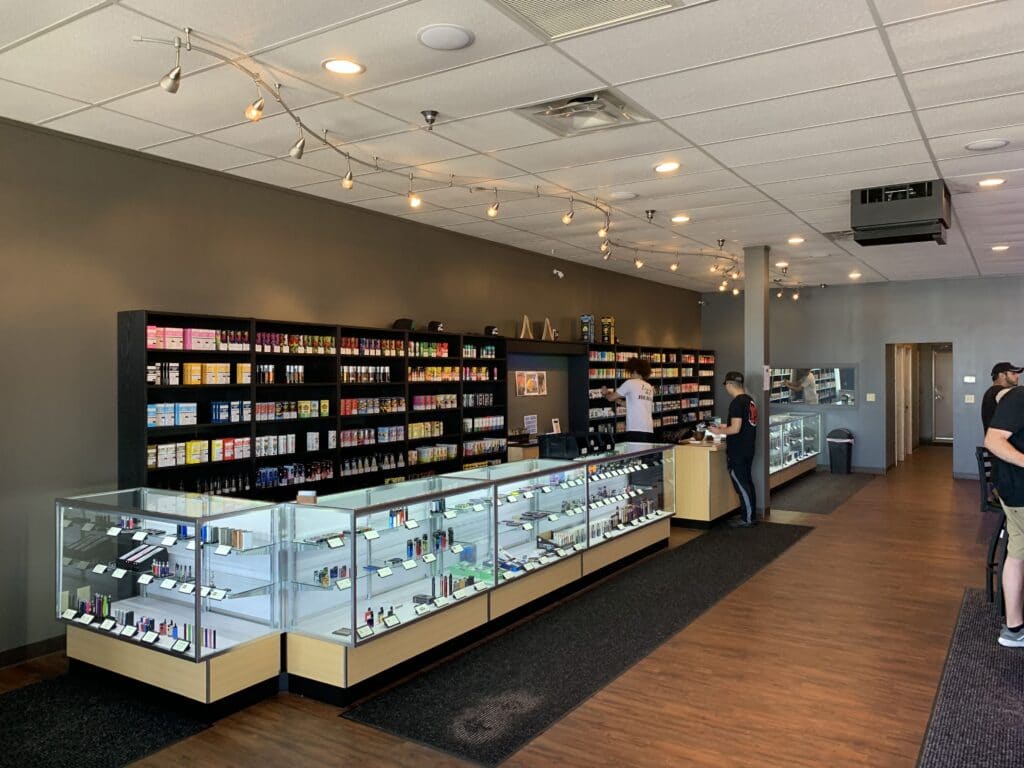 By qrbiiwlx-ca|September 3, 2019|Client News|Comments Off on e-Cig Market grows and innovates in changing industry