Realty One Group Doing Things Differently in the Twin Cities

Realty One Group Doing Things Differently in the Twin Cities

Paul Ekstrom talked about his newest venture in an old warehouse space that was decked out in Realty One Group decals. The space was the epitome of cool and fashionable, which makes the analogy that much more fitting for the company and what this real estate brokerage is trying to do.

Ekstrom runs the Realty One real estate brokerage that now expanded into the Twin Cities, with a location in Andover and a new space in Northeast Minneapolis where they have been for just about one month. So far, the brokerage hasn’t only expanded to two locations, but is growing in other ways as well. 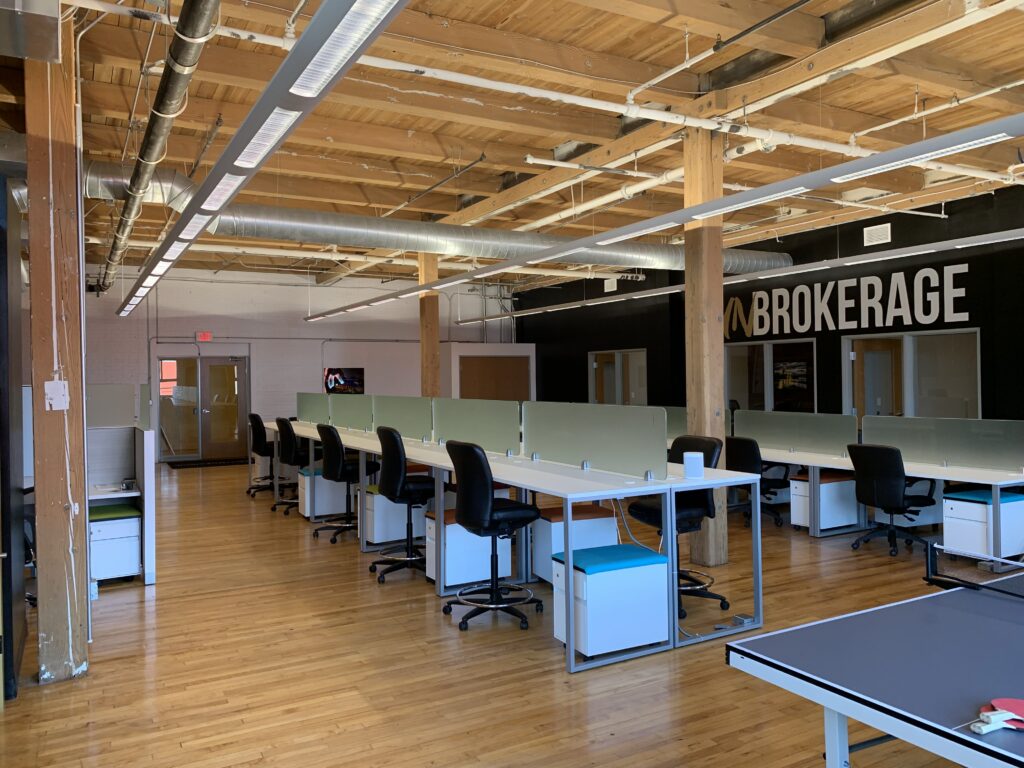 For Ekstrom, Realty One Group wasn’t his first stop in the industry. He started as an agent in 2006 and worked in that capacity for 11 years before becoming the broker for Realty One in the Twin Cities. Before the real estate business, Ekstrom spent time in the auto industry with dealerships.

The beginning of the Realty One Group part to the story comes in 2017 when the company approached him for interest in opening a Realty One franchise in the Twin Cities, specifically in the north metro. He then proceeded to develop a potential business plan and legitimately think about starting his own brokerage through Realty One. 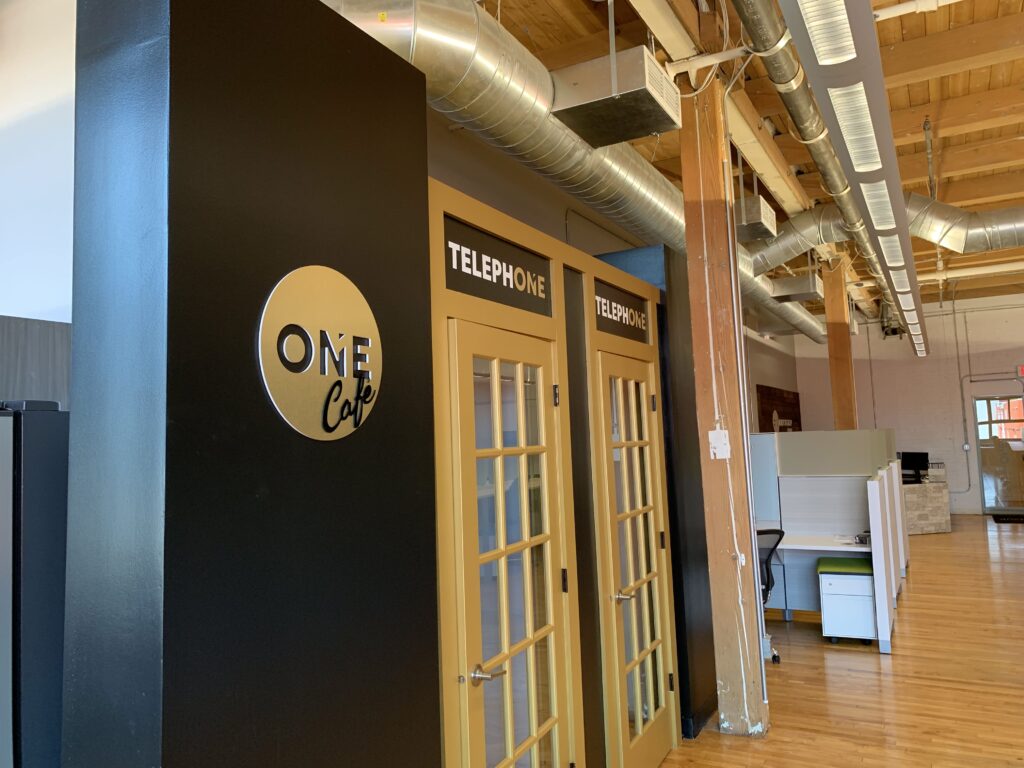 Shortly after that, Ekstrom was invited to see the Realty One headquarters and meet the leaders of the company in California.

After the trip with a chance to talk to the president and vice president, Ekstrom knew that pursuing the Realty One franchise in the Twin Cities was what he wanted to do.

“I talked [my wife] into letting me apply for it,” Ekstrom said. “I didn’t think we’d get the franchise.”

When he toured the facility in California, he was the only agent of the 23 groups applying for a brokerage, with everyone else as an existing broker somewhere else. Even though he thought it was a longshot, he submitted the application with a potential response time anywhere from 4-6 weeks out.

… Ekstrom gets a call back and he thought the worst: it only took five days to reject his application.

“I was not getting my hopes up because I really, really didn’t think we would get approved,” Ekstrom said.

On the cold day just a few days until Christmas while working with his team, he got the call that he wasn’t expecting, that he was approved to be the next Realty One Group franchise. At the time, it was set to be the 87th franchise. By the time they got through each of the next steps and were actually able to open their doors, they were franchise 104 in May of 2018. Now, Realty One Group has more than 220 franchises all over the United States.

Ekstrom was later approached to run another Realty One franchise in Northeast Minneapolis, where much of his office is today. That new space in Northeast was part of the agreement for Ekstrom to run it, now they are in an old warehouse space in the heart of the neighborhood. Their entrance into Northeast makes them the biggest brokerage in the neighborhood with an estimated range of 100-125 agents.

Why were you drawn towards Realty One Group?

Ekstrom said there are a few big reasons that became glaringly obvious for the desire to have one of these franchises.

“To be successful in our industry, you have to be at the top, cutting-edge of technology,” Ekstrom said. “I go to meet with Realty One Group and they start showing us the technology that every agent gets. We have three different apps that we get.”

Technology is a driving force in managing customer relations, managing listings and really making the agent’s job simpler and straightforward.

The most important thing, according to Ekstrom, is actually painted up on the wall in the new office. The “Coolture” is what essentially sold Ekstrom in wanting to do it because of its unique concepts. 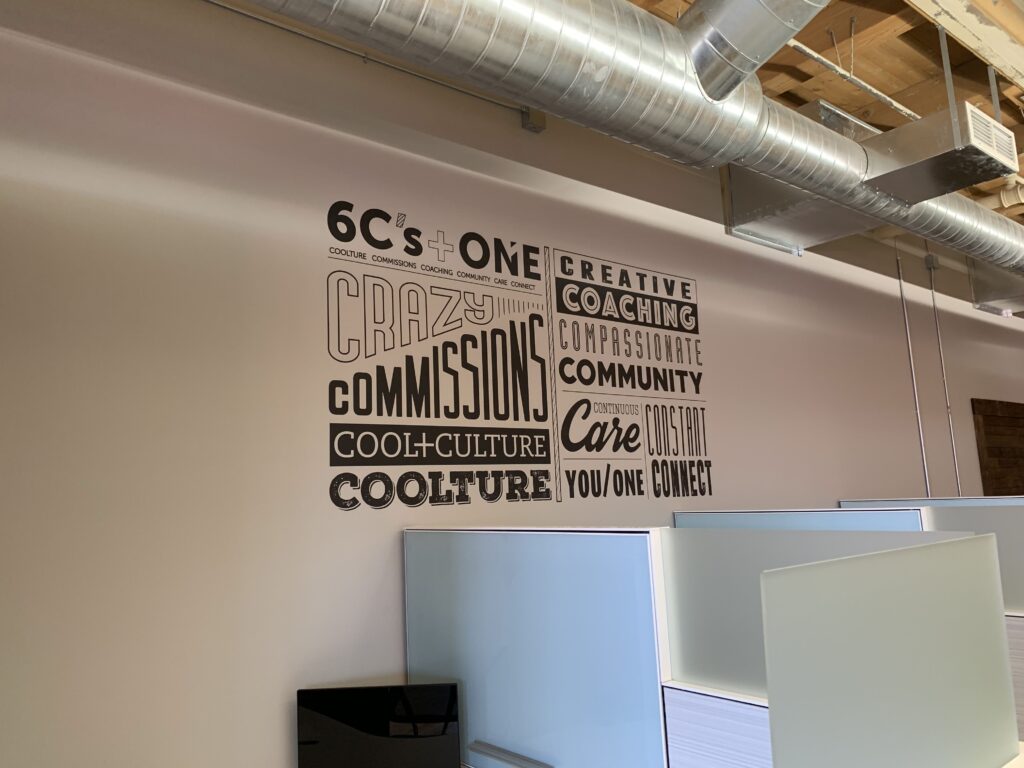 “It’s the coolest culture that you’ll ever see,” Ekstrom said. “There’s no ego [from the company,] it’s all about us.”

Ekstrom said when interacting with the people at the corporate office, including the executives within the company, they were as accommodating as any corporation could be to its clients. The support not only from a job standpoint, but the willingness to sit down and socialize genuinely with anyone in the company. No matter if it was any of Ekstrom’s agents or himself, they were all treated as priorities, which did not go unnoticed. 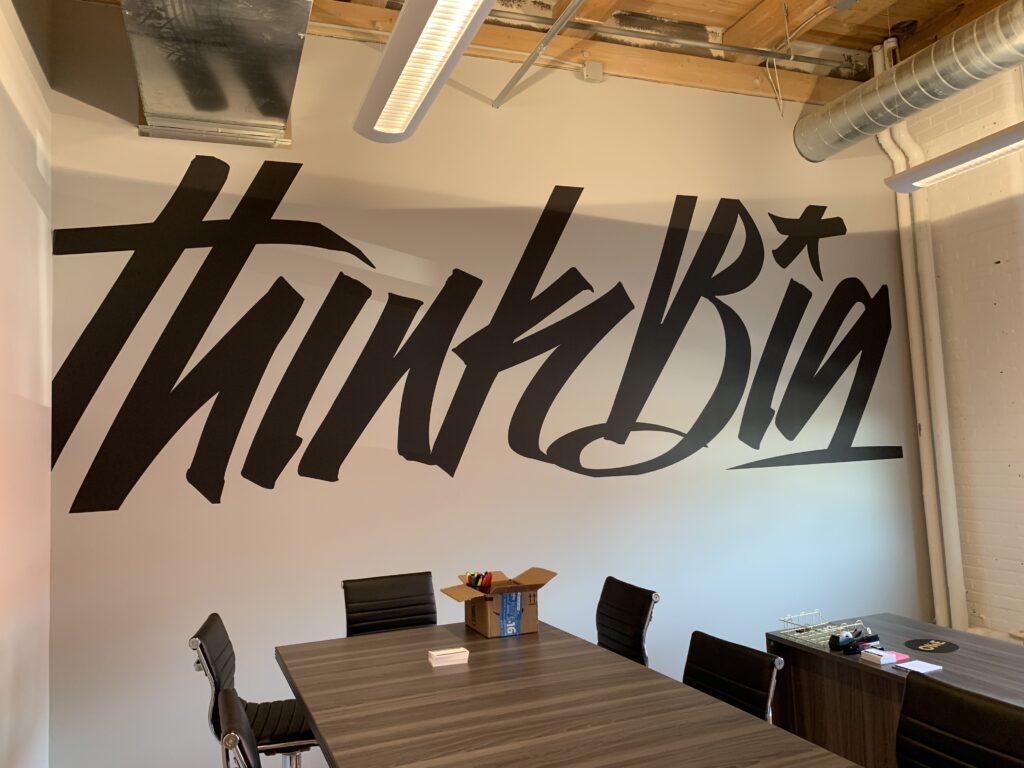 That attitude trickles down to every part of the company, including within the brokerage. The support from Ekstrom to the agents on the team, and the environment they have to work in is what works in agent recruiting. Agents want to work for people and businesses that will support them and help them increase their business. That’s shown in numbers from his agents’ production.

“Our average agent’s production is up 200 percent since they joined us,” Ekstrom said. “It’s not about being the [highest] agent count … what’s important to me is having a really cool group of people that work together and have fun.”

Now, to get the word out about this great business, Ekstrom put in a request for information online and then got a call about his interest in what Social Indoor had to offer from an advertising standpoint.

“I was looking for an affordable vehicle to drive my message,” Ekstrom said. “Billboards just weren’t affordable, radio [and] TV [weren’t] affordable. I don’t spend a lot of money on marketing, most of what we do is word of mouth, repeats and referrals. It’s always still good to get your message out there. It’s a hard one to measure, but I go into a listing appointment and I’d ask the people, ‘how did you hear about us?’ and they’re like ‘I see you everywhere, it’s everywhere.'”

By qrbiiwlx-ca|July 30, 2019|Client News|Comments Off on Realty One Group Doing Things Differently in the Twin Cities